This is me, trying to do some art and have some fun! AHOY THERE ME H-ARTY'S.

As usual I have left it so long between blogging.  I always think it's only been a week or so when it's usually closer to two weeks!  Time just seems to pass me by without me noticing at all.  Especially since I started working on Snow Bunnys Knits pretty much full time.  I'm super busy and always have a to-do list as long as my arm but because I enjoy knitting and crochet time does go a lot quicker than when i worked in retail.  I do worry about time though, that I'm not getting things done quickly enough, that I'm not updating my shop enough, that new ideas take too long!

Anyway, in a Blog a few months a go I wrote about starting a mixed media mermaid class that was taking me ages to do because i never had enough time (there's that phrase again) to do it.  I finally decided to dedicate a fixed day and time slot to art and I'm so glad I did!  I finally managed to finish her!

I didn't actually have all the right tools or colours but I just went for it anyway and despite the fact the paper is curling up like crazy (pretty sure I shouldn't have used cold pressed paper) and I went crazy with the spray ink at the end and covered her face in a light mist of blue, I'm very happy with the result!! 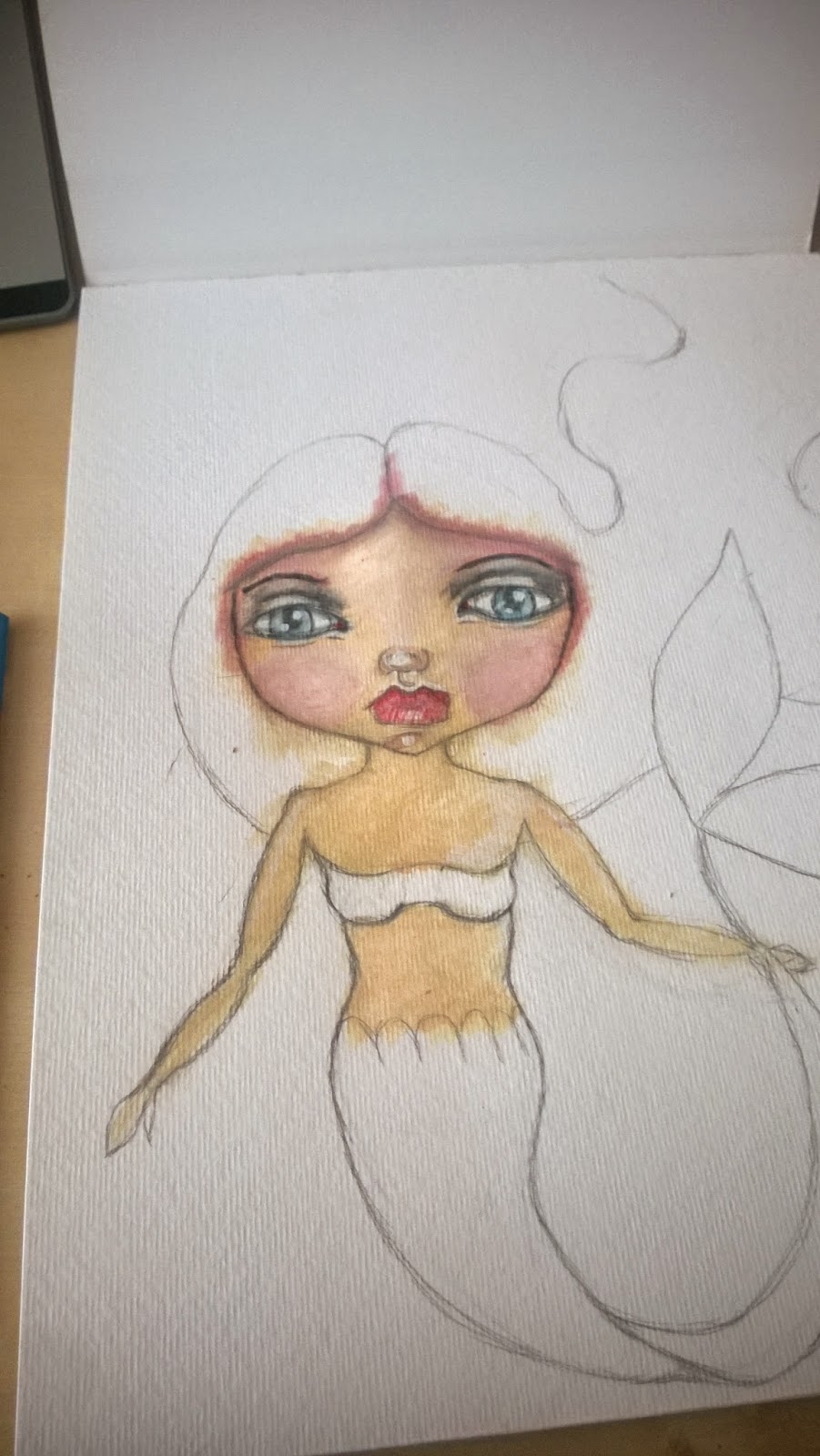 This is where I last took photos, i forgot to take photos as I was going though DUR! 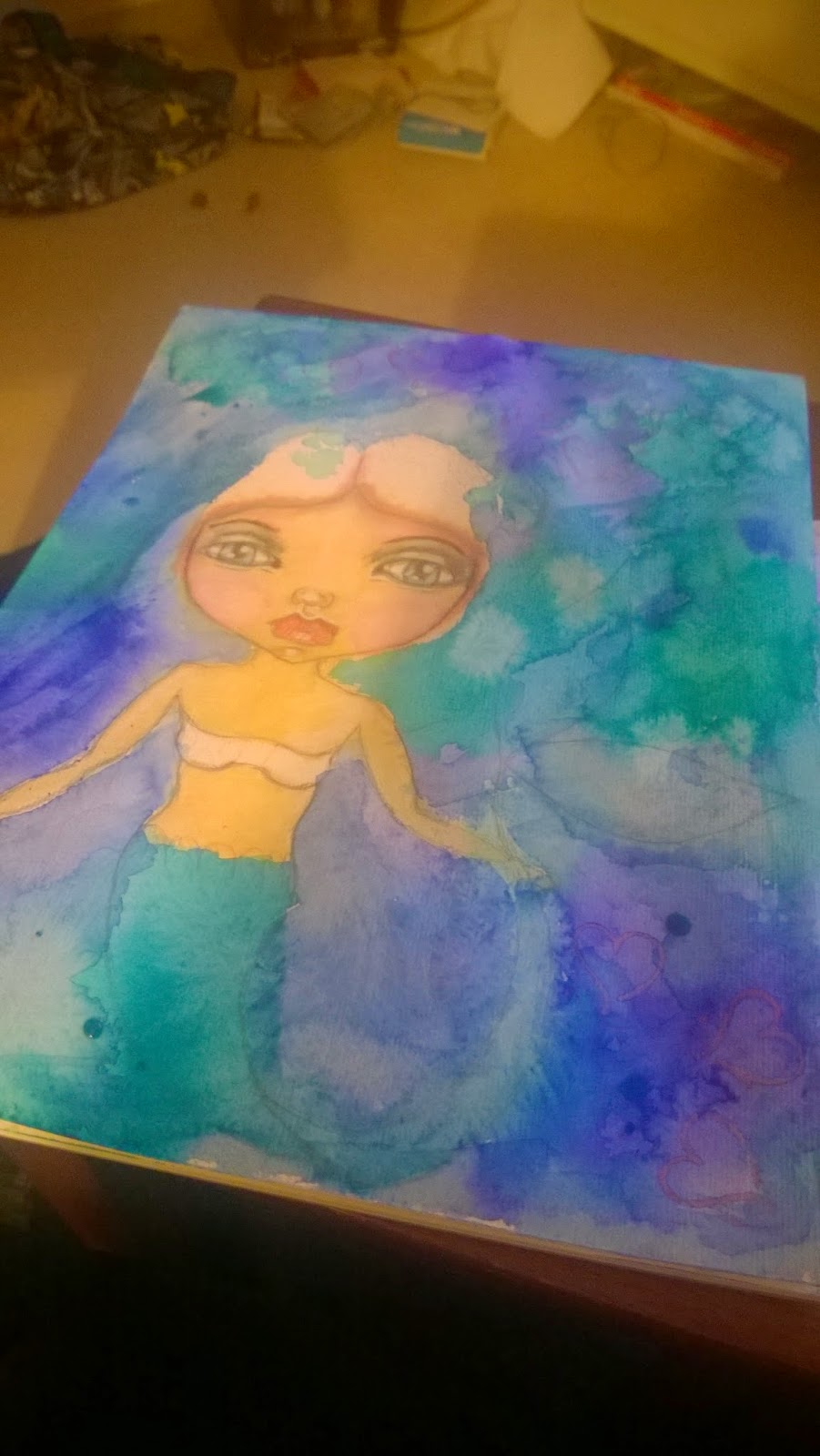 Adding colour to the background 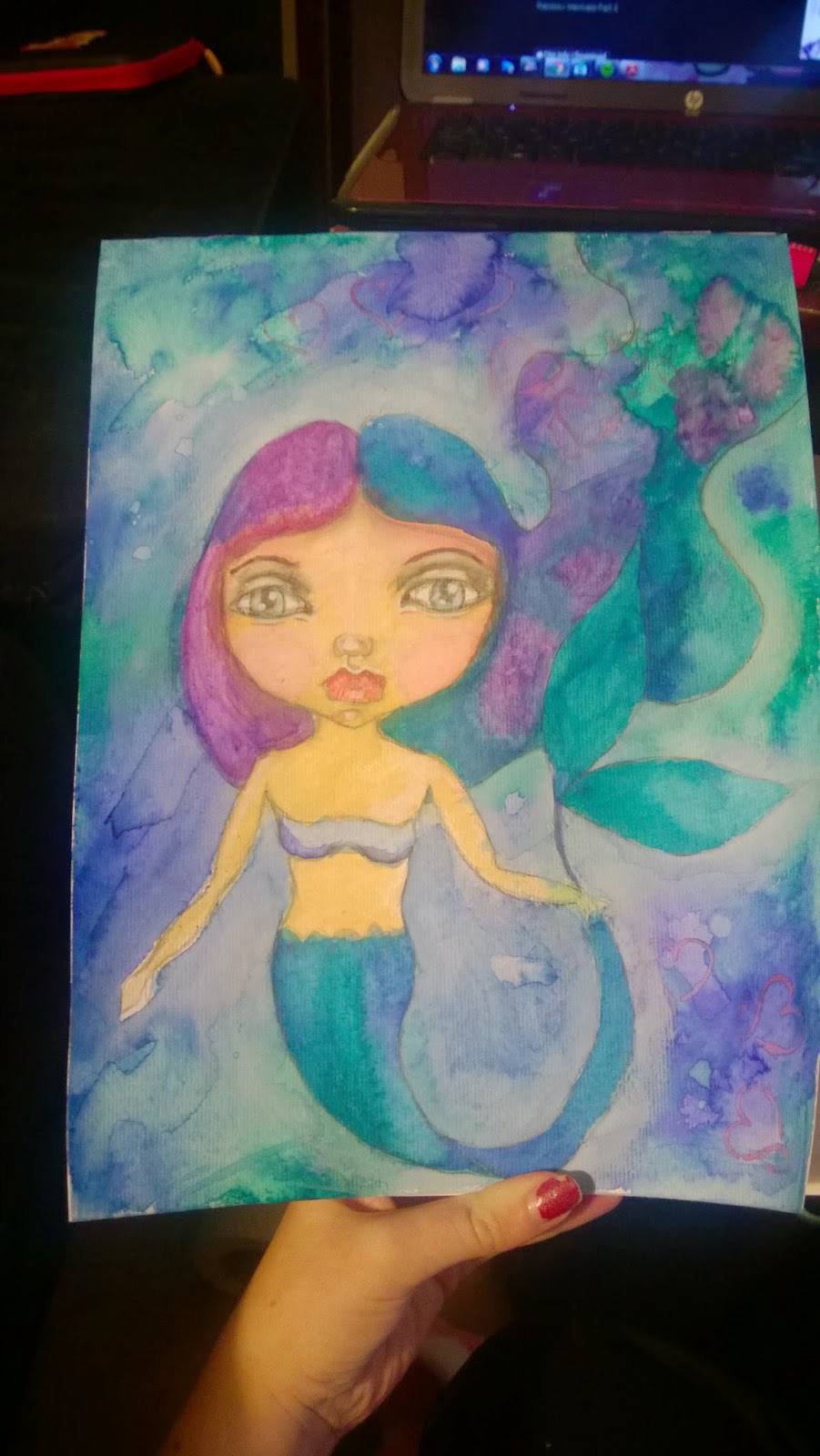 I probably should have left it at this point but I decided to add more colour! 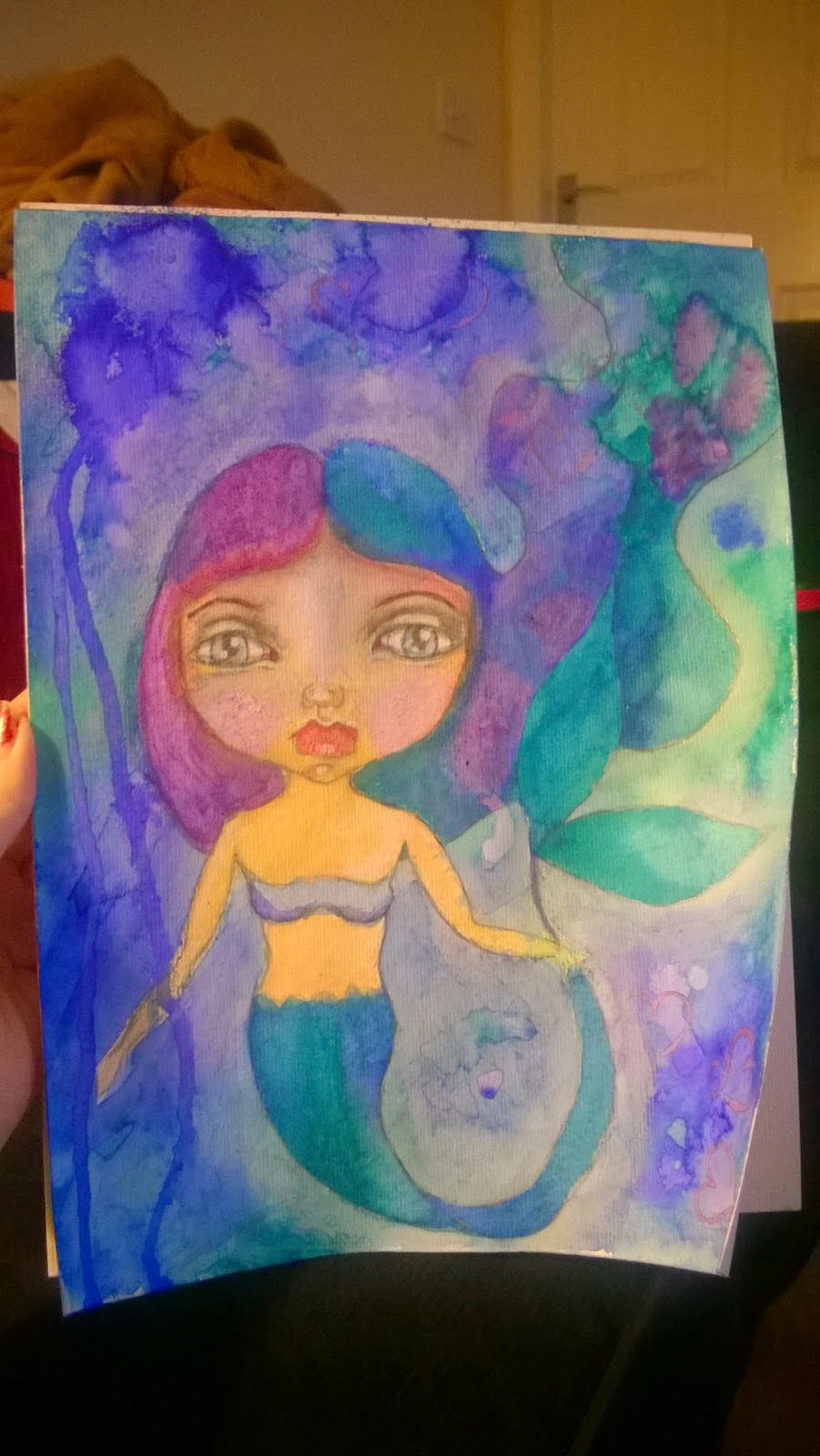 I don't know if you can tell from here but her face is now darker where I tried to get rid of the blue spray :-P 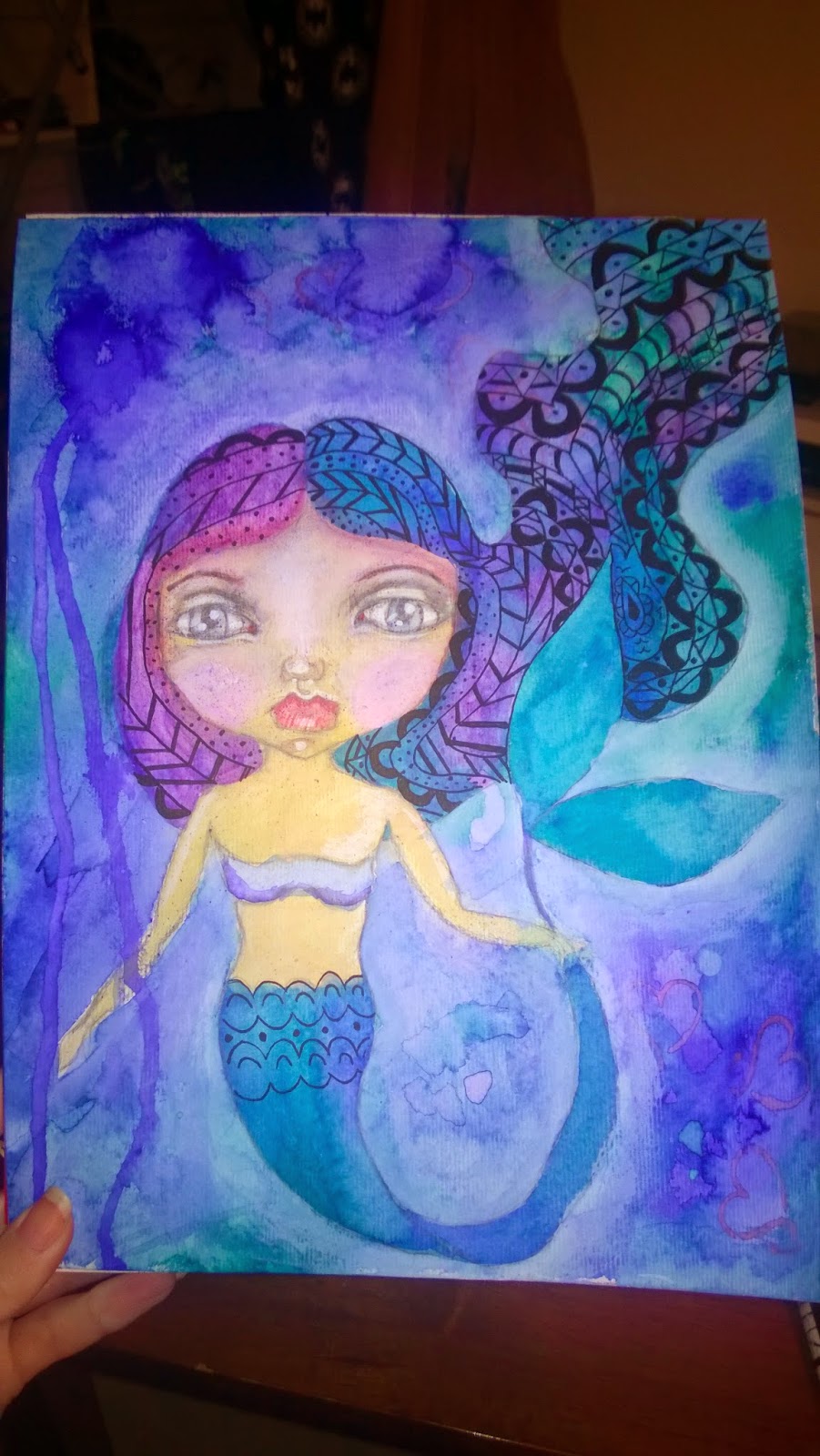 Here is the finished painting.  It's terrible lighting so I will try and take a better one at some point!

I'm going to be starting a new class this week but I will most definitely be going back to the mermaid at some point, with better paper and different colours!  At least I can finally say I finished it though which is the main thing as I never seem to finish any of these personal projects at the moment! So I'm giving myself a pat on the back for that!!

I've also been trying to teach myself crochet and that's going very well indeed!  I'm trying to come up with cute amigurumi animals that i could maybe sell one day (looking in to CE testing has scared me slightly though :-P). 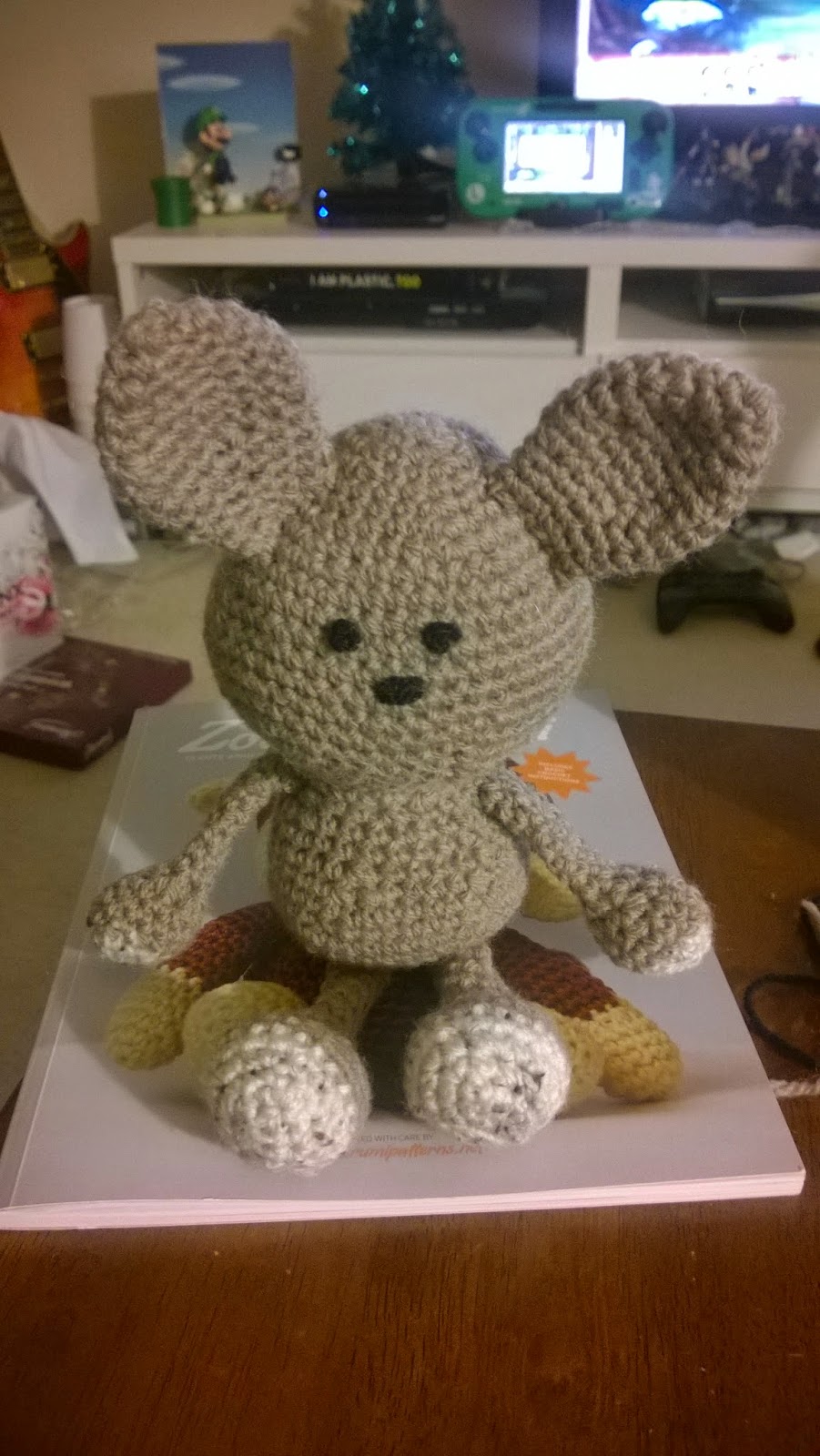 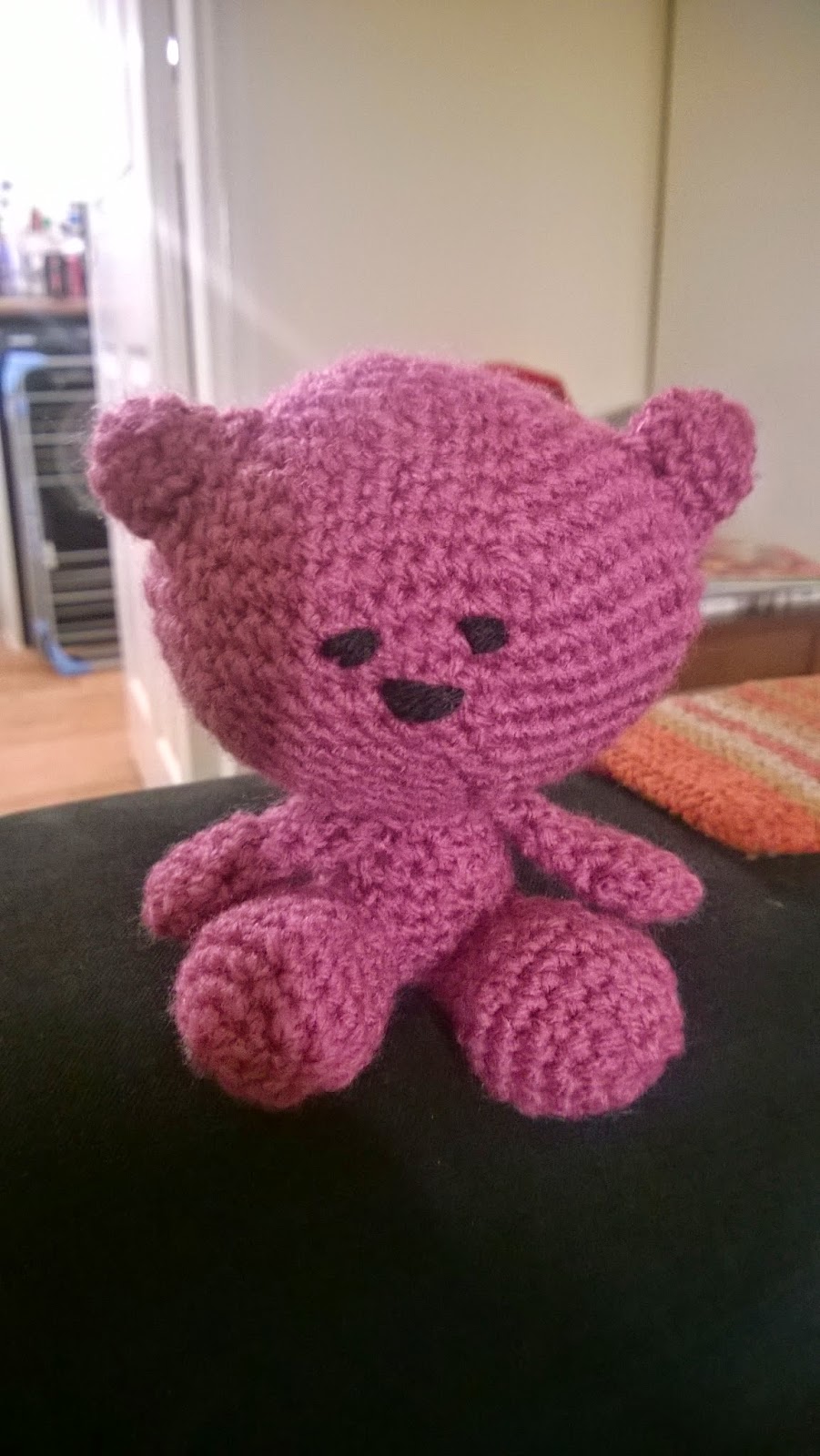 Here is what I have so far! You can't really tell in these pictures but the one on the top has come out a lot bigger because his body is fatter! I really like the big head of the bear though! I'm planning to use the same body and head so they all look similar even when they are different animals.  Which combo do you guys like best?  Ah decisions decisions!
Posted by Caz at 01:24 7 comments:

I'm still trying to catch up with my Christmas posts :-p I'm almost there!  Then I can try and catch up on all the arty stuff I've been doing over Christmas too!!

I participated in two Secret Santa's this time.  I love the idea of secret Santa, getting a complete surprise off someone who could be from anywhere.  For my secret Santa's a bought a few bits that I thought they would like from what I'd seen on FB and their Blogs and i tried to knit them a little something too.  I went to a really big Winter Arts market at the beginning of December so I got a few nice bits from there.  The only problem I have with these sorts of things is that I never know if I've bought enough!

I have to confess that I'm unsure which Secret Santa gift was from which one but either way the gifts where amazing!  The first one included a book about Gaudi, a frozen cocktail, a sketchbook, cat socks, chocolates, nail files and an incense oil burner.  I can't even tell you how amazing this gift is.  It's literally everything I love in one gift!  I am so grateful to Ally for these amazing gifts! 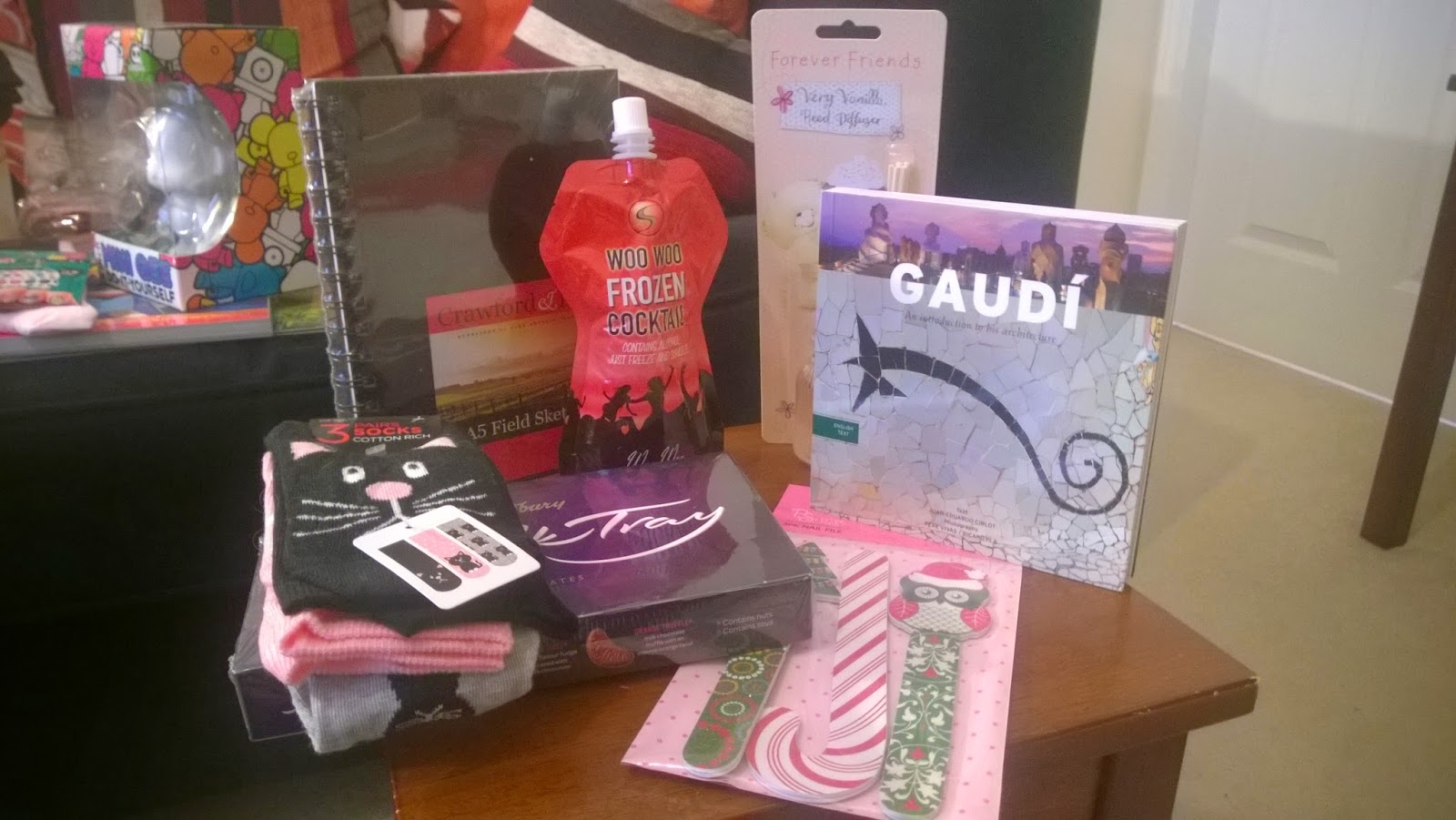 My second gift was from Gertie and me over on Facebook (Here).  These beautiful pieces were hand made for me and i adore them!!  I wasn't expecting something so amazing as these.  I haven't used them yet and I'm not sure if I will.  Again I was hugely grateful for the thought that went in to this. 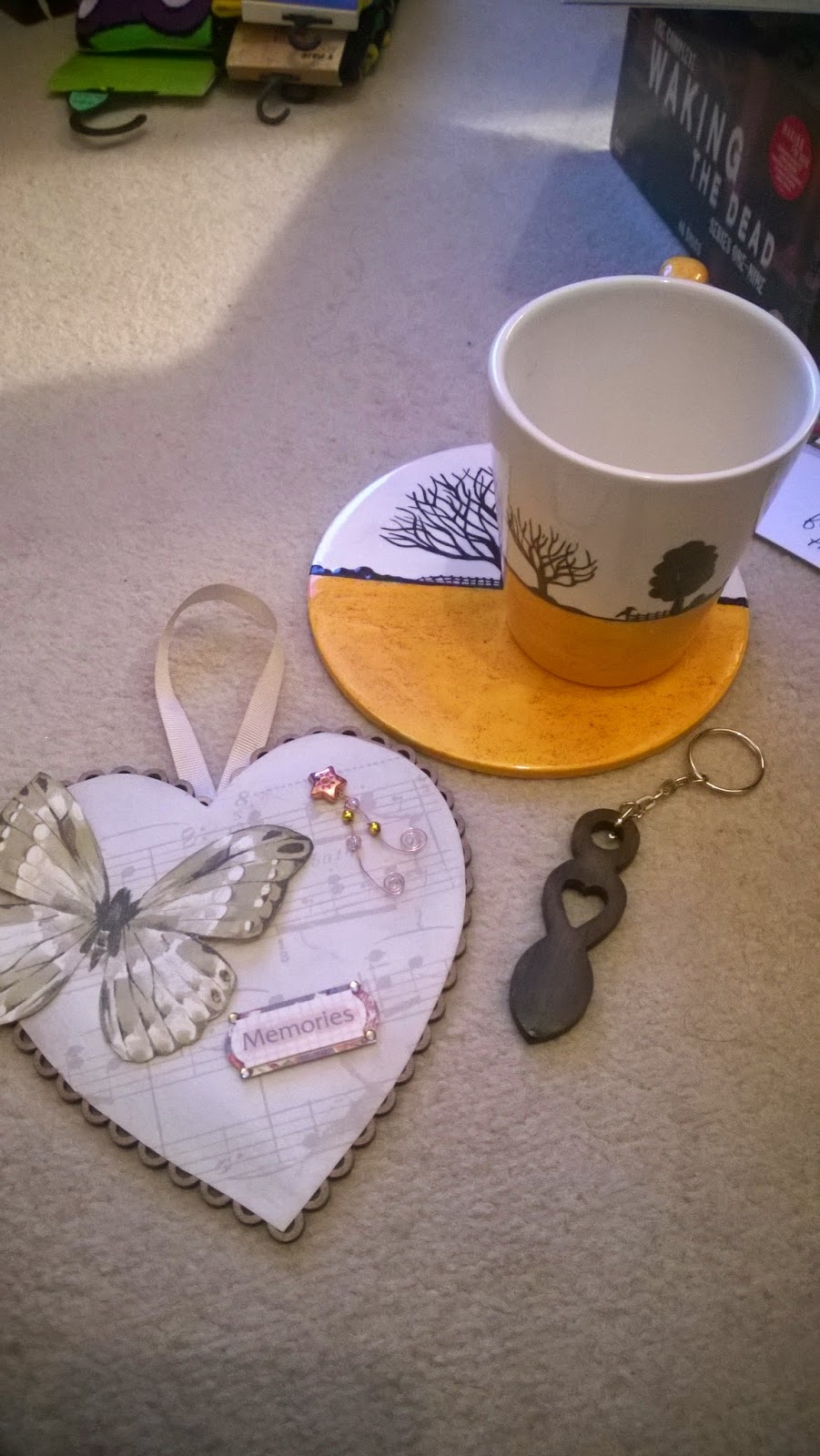 So there you have my Secret Santa gifts for Christmas 2014.  I will definitely be doing it again this year if I get the chance.  I just hope that the recipients of my gifts liked them as much as I liked mine!!

Signing off for now!

Admittedly tho post should have been done around Christmas but in my defence I was still very ill at that point!  I had a terrible chesty cough that would wake me up in the night!  I barely left the house at all after going to my Boyfriends parents to give them their presents.  I slept a lot and we watched Lord Of The Rings in order.  This took up a good 3 hours of the day but I LOVE those films so I was happy.  I was falling asleep by 10:30 most nights!  Even so I had a really nice Christmas.  I woke up at about 7:30 but I let my boyfriend sleep in a bit, he came down at about fish so we could open the presents. 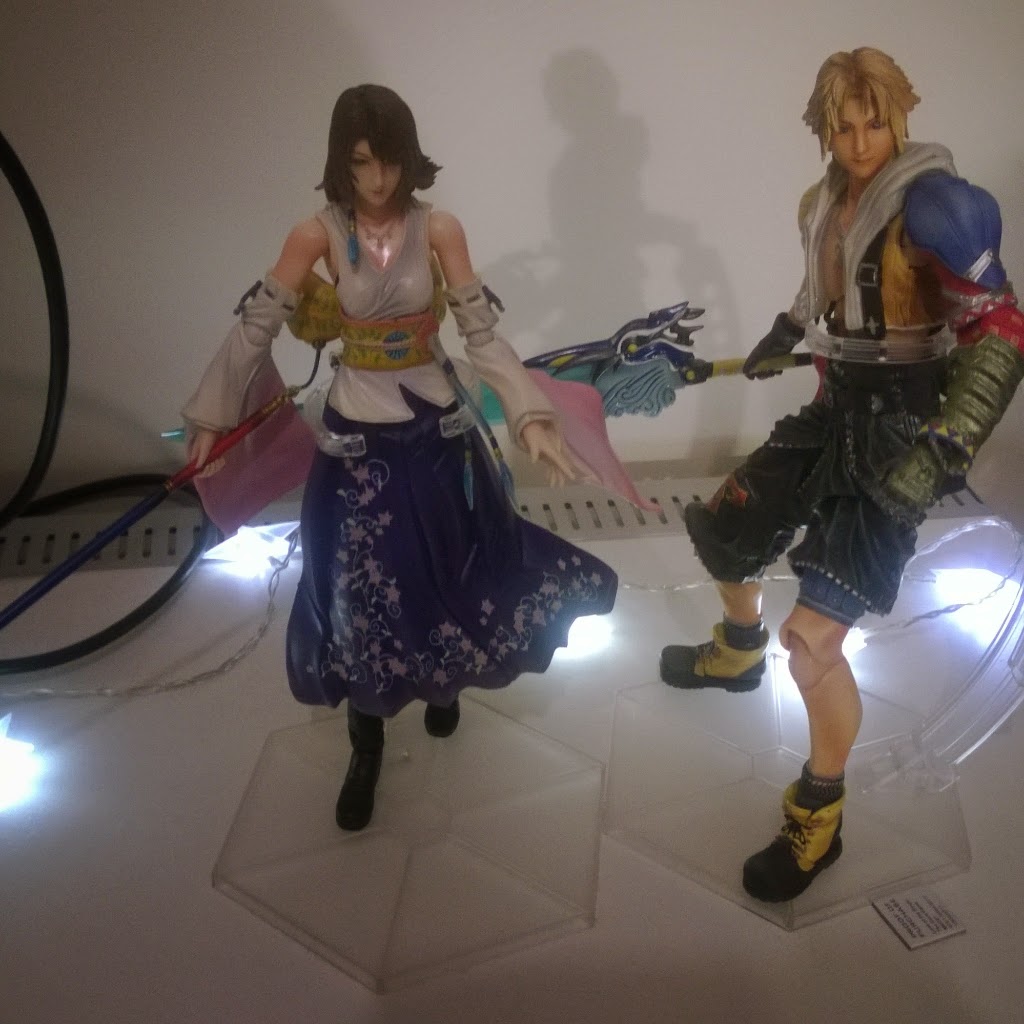 Tidus and Yuna from my fave computer game Final Fantasy.  These are my pride and joy! 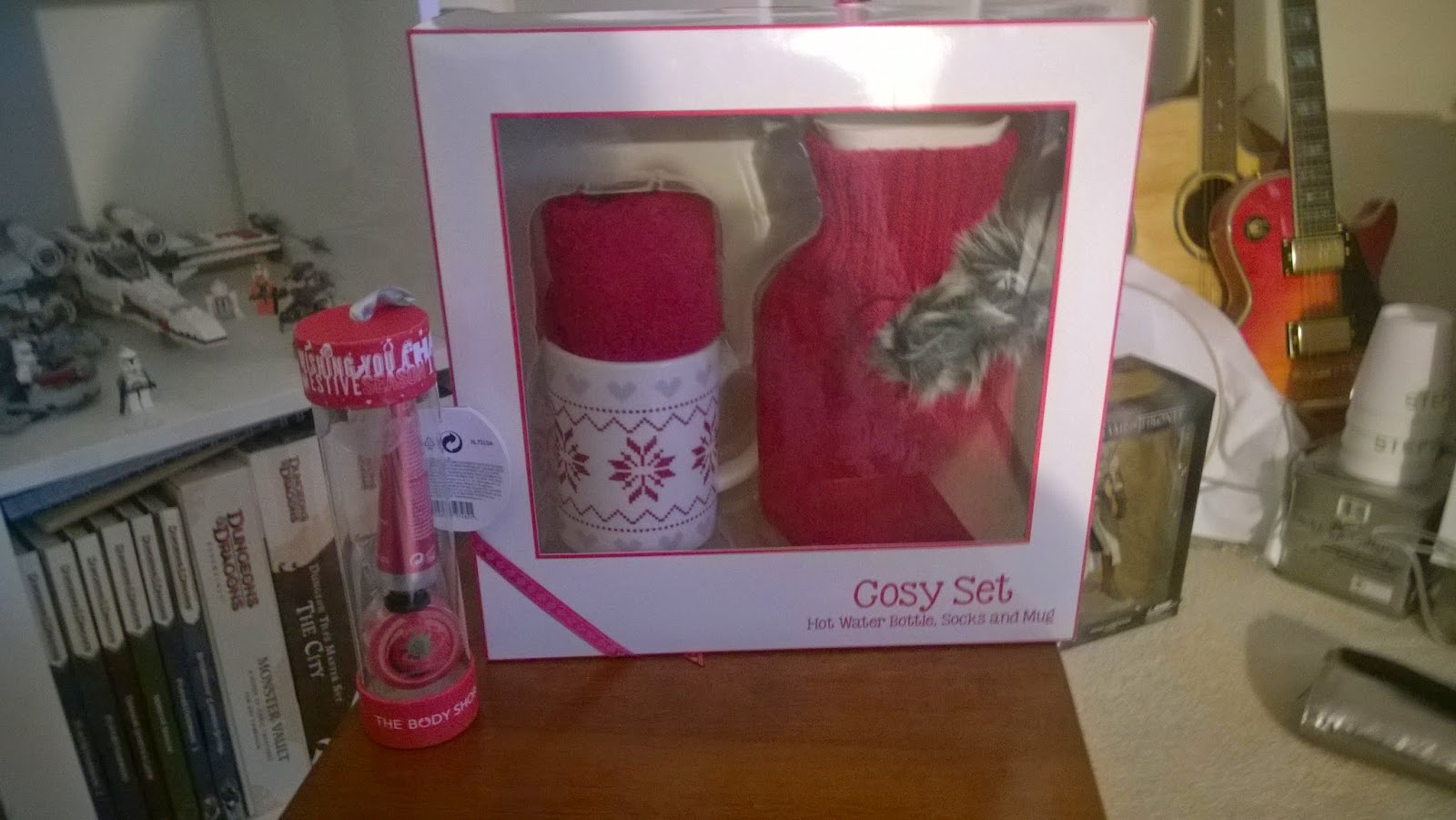 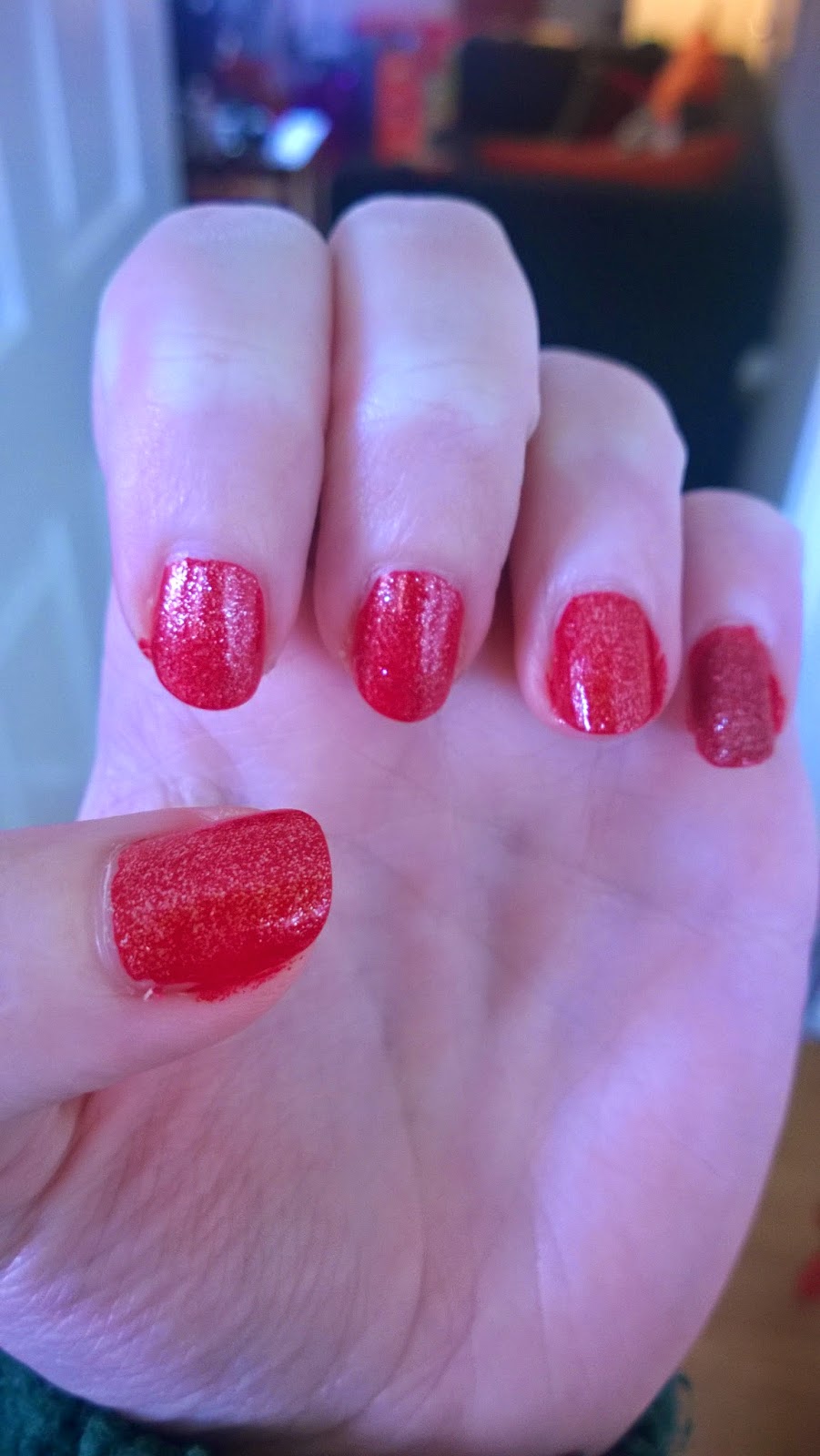 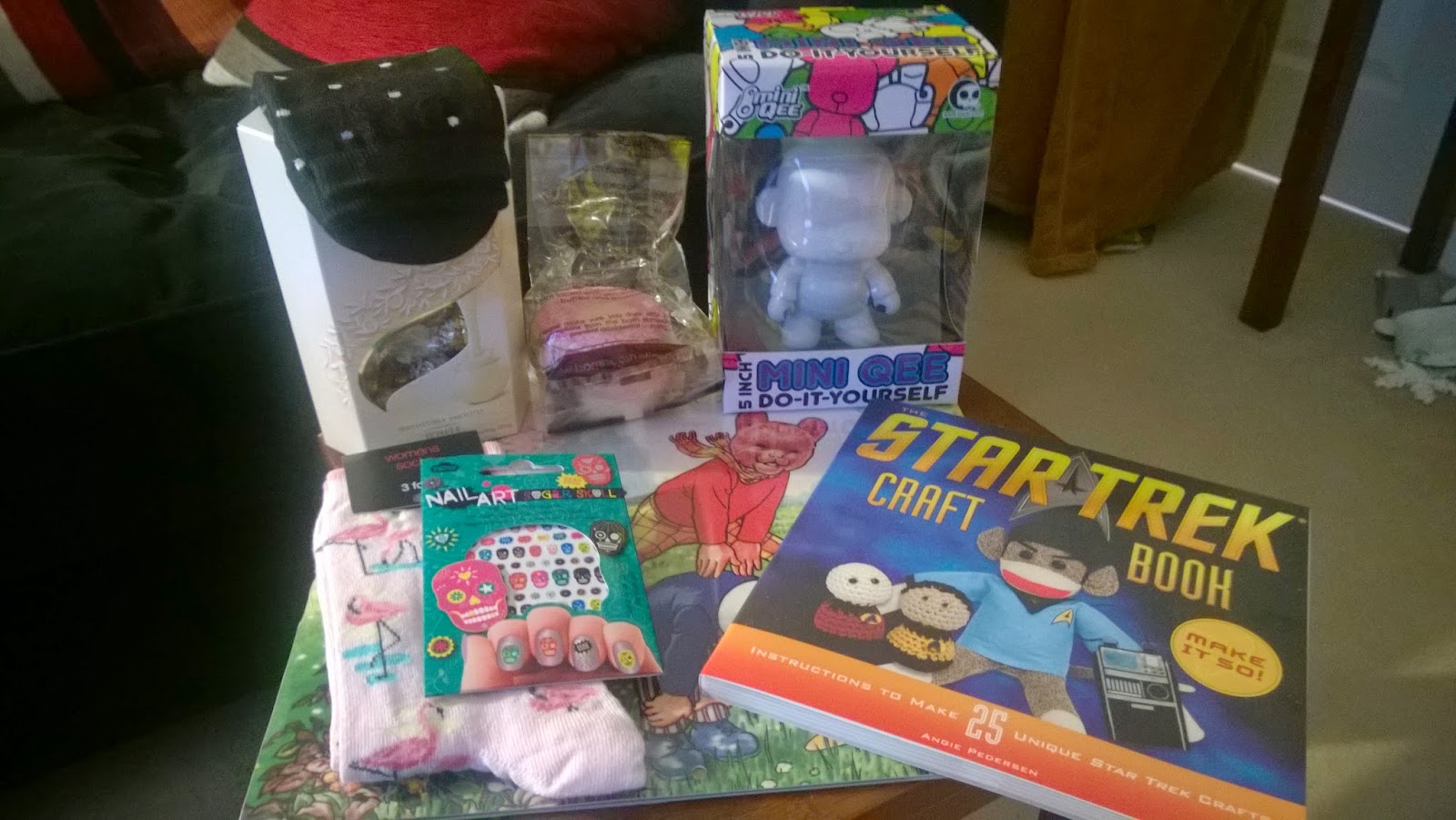 Off one of my best friends and her Mum! Star Trek crafts though! 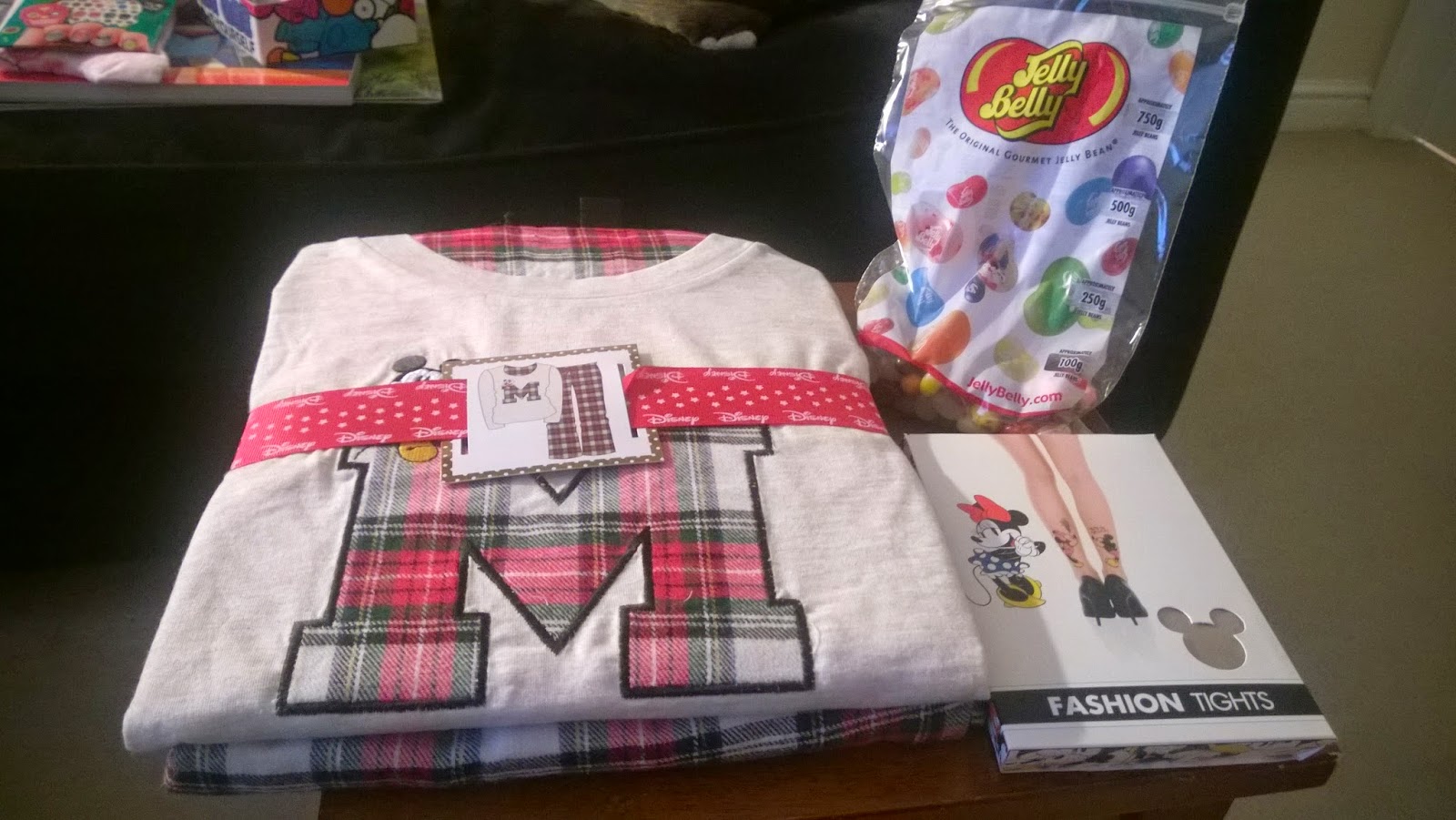 Off my longest serving and dearest friend. 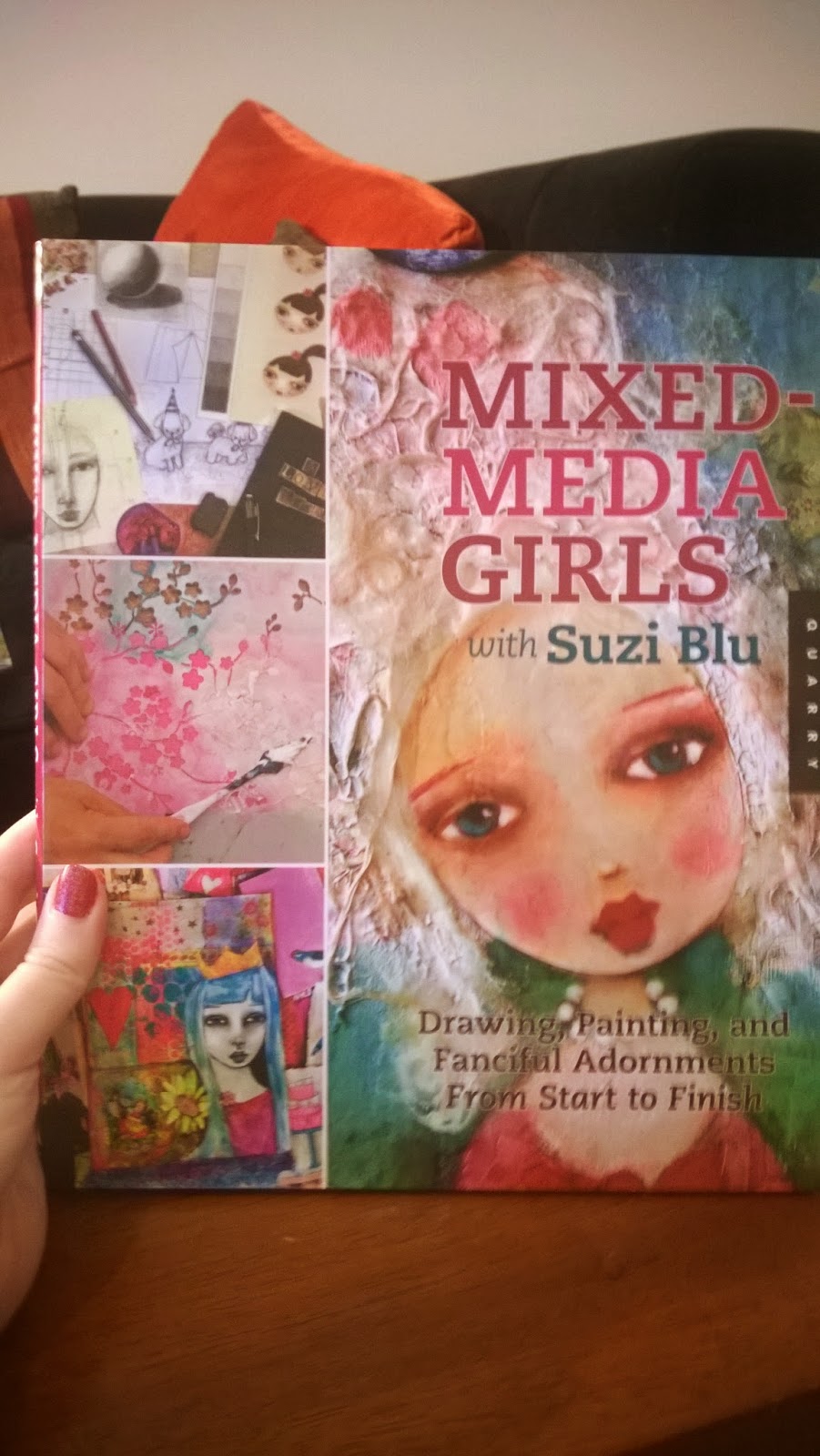 From the Lovely Carmen. 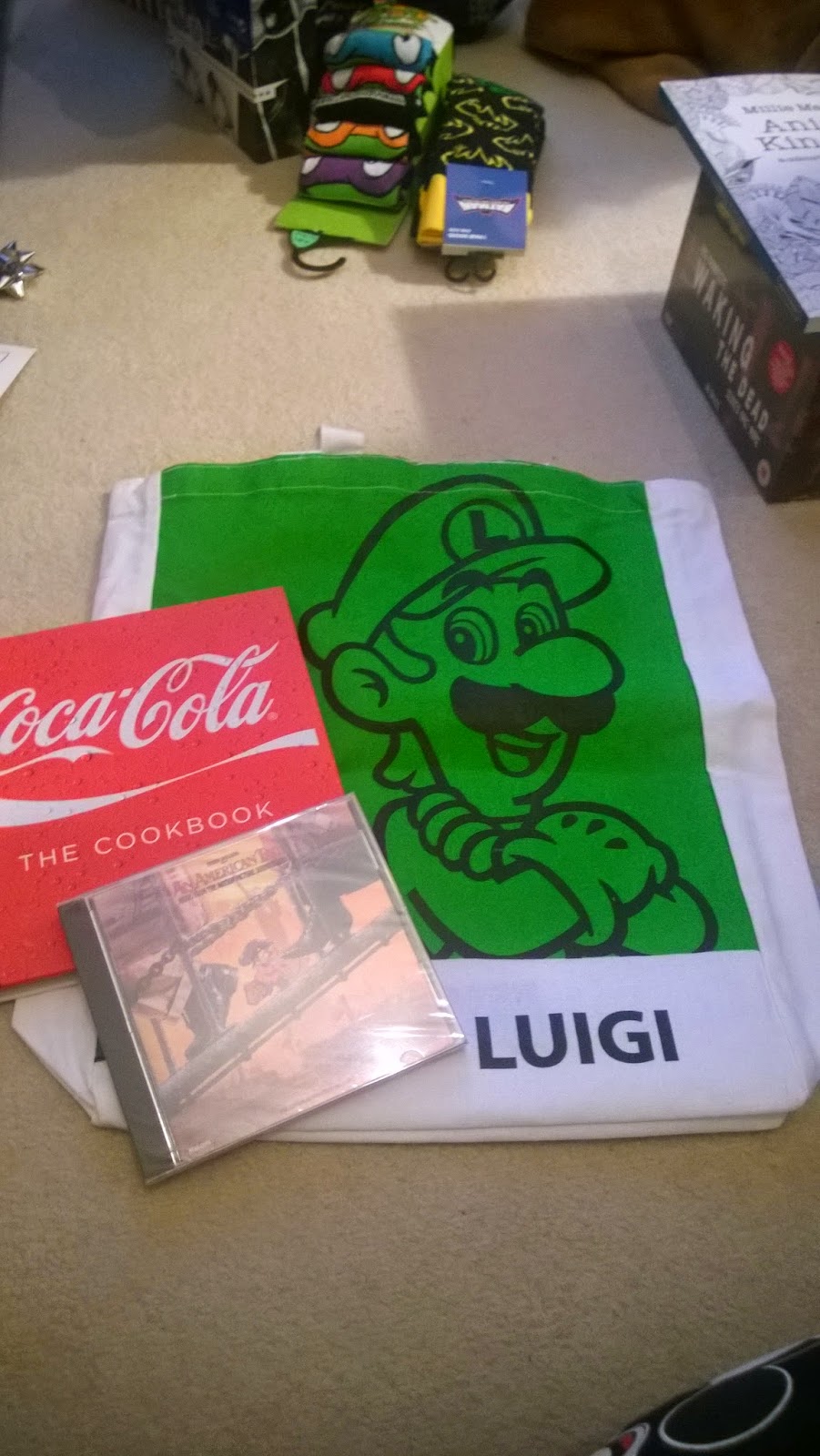 From my friend Craig who knows how much I love Luigi :-P 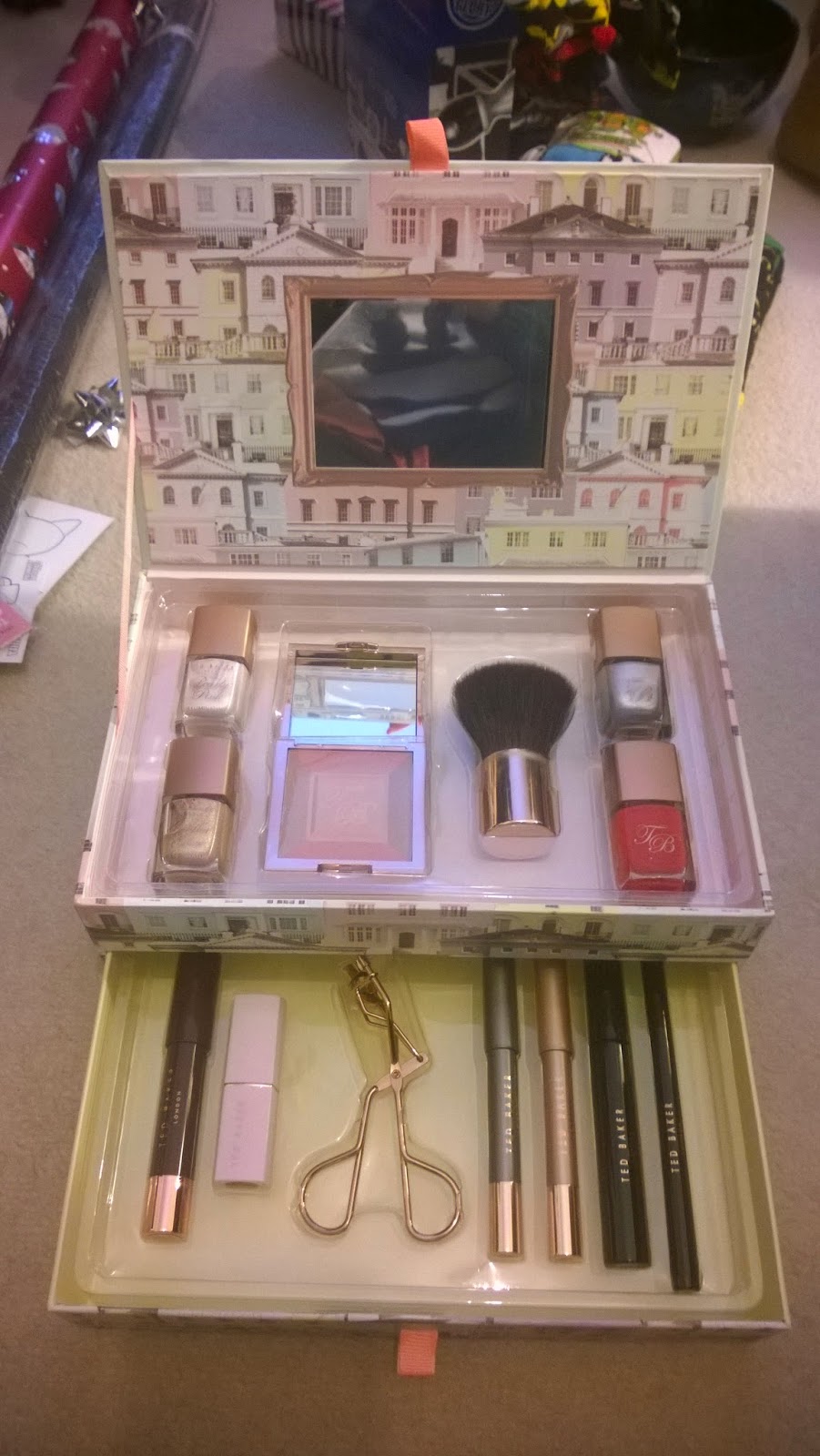 This is so handy as I can put all of my current make up in it. 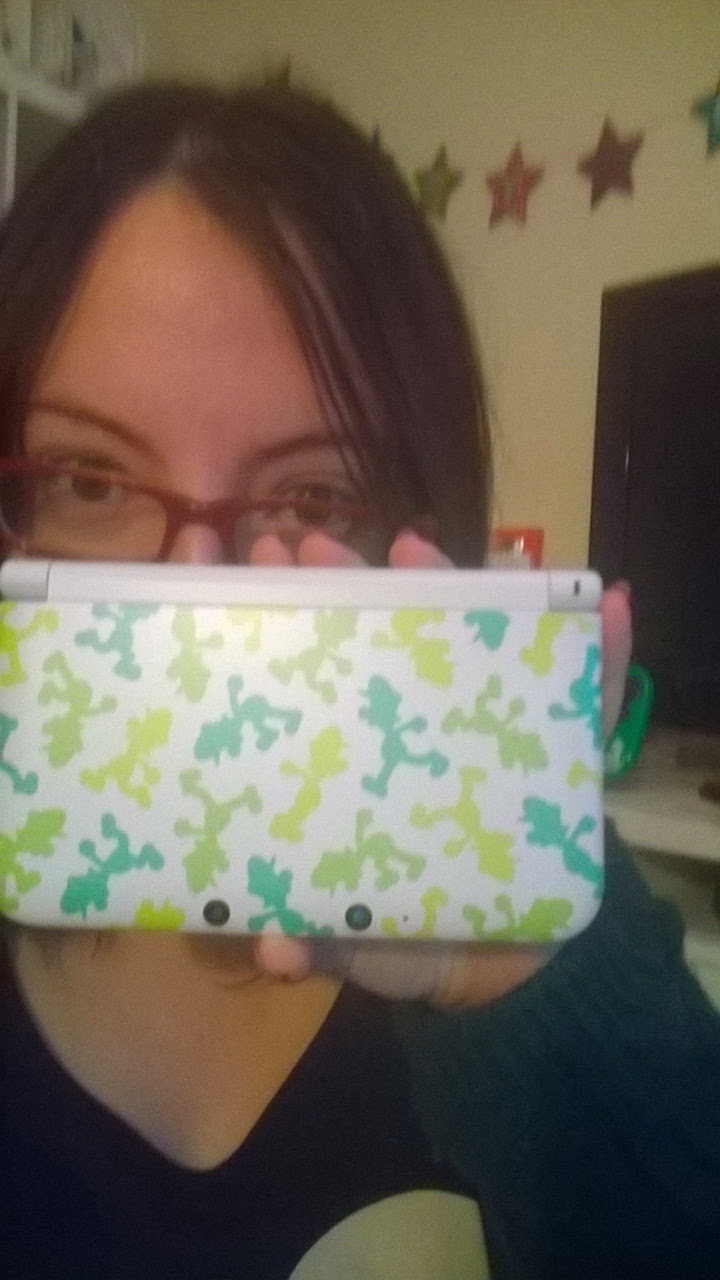 Luigi 3ds off my boyfriend 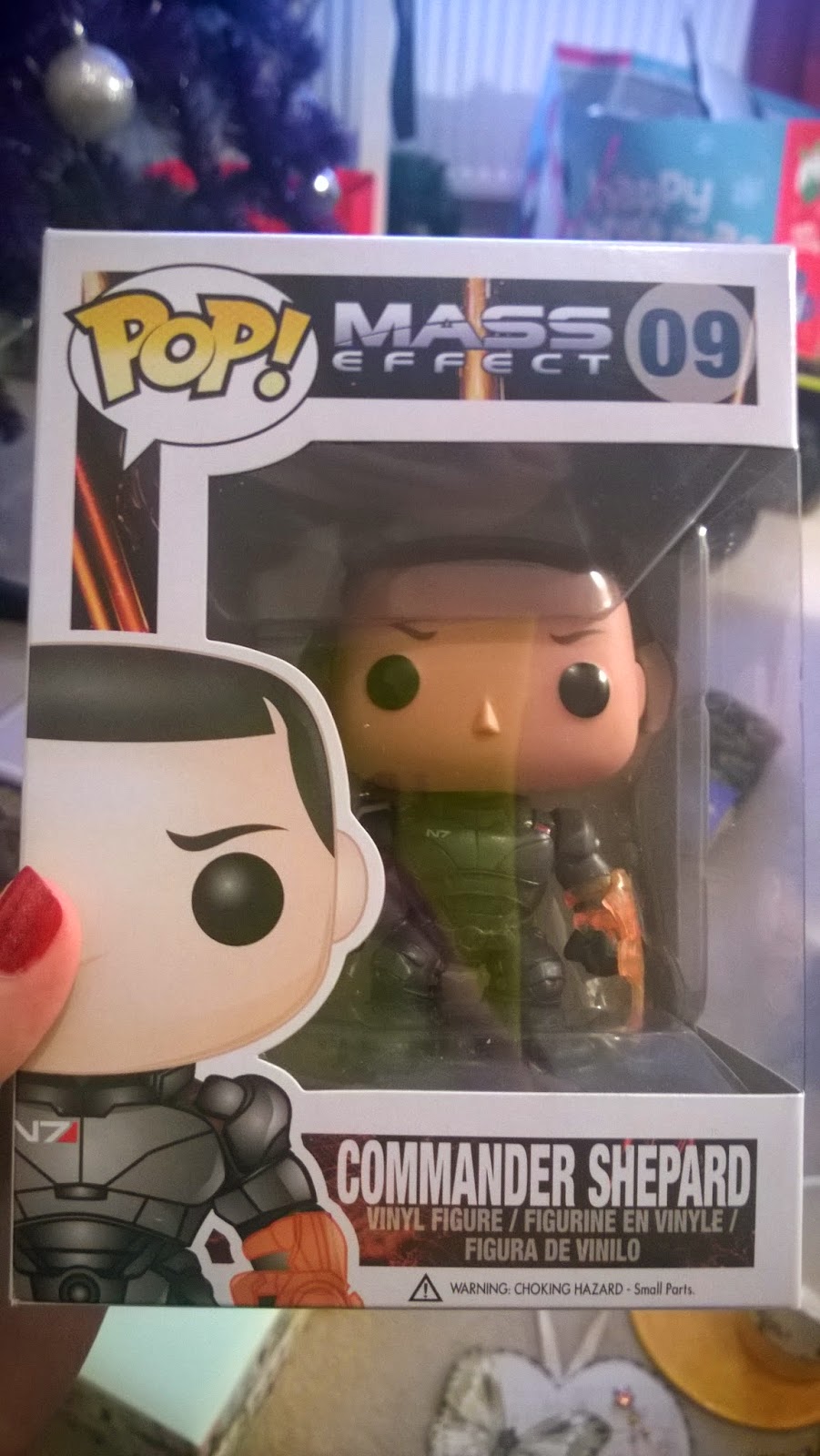 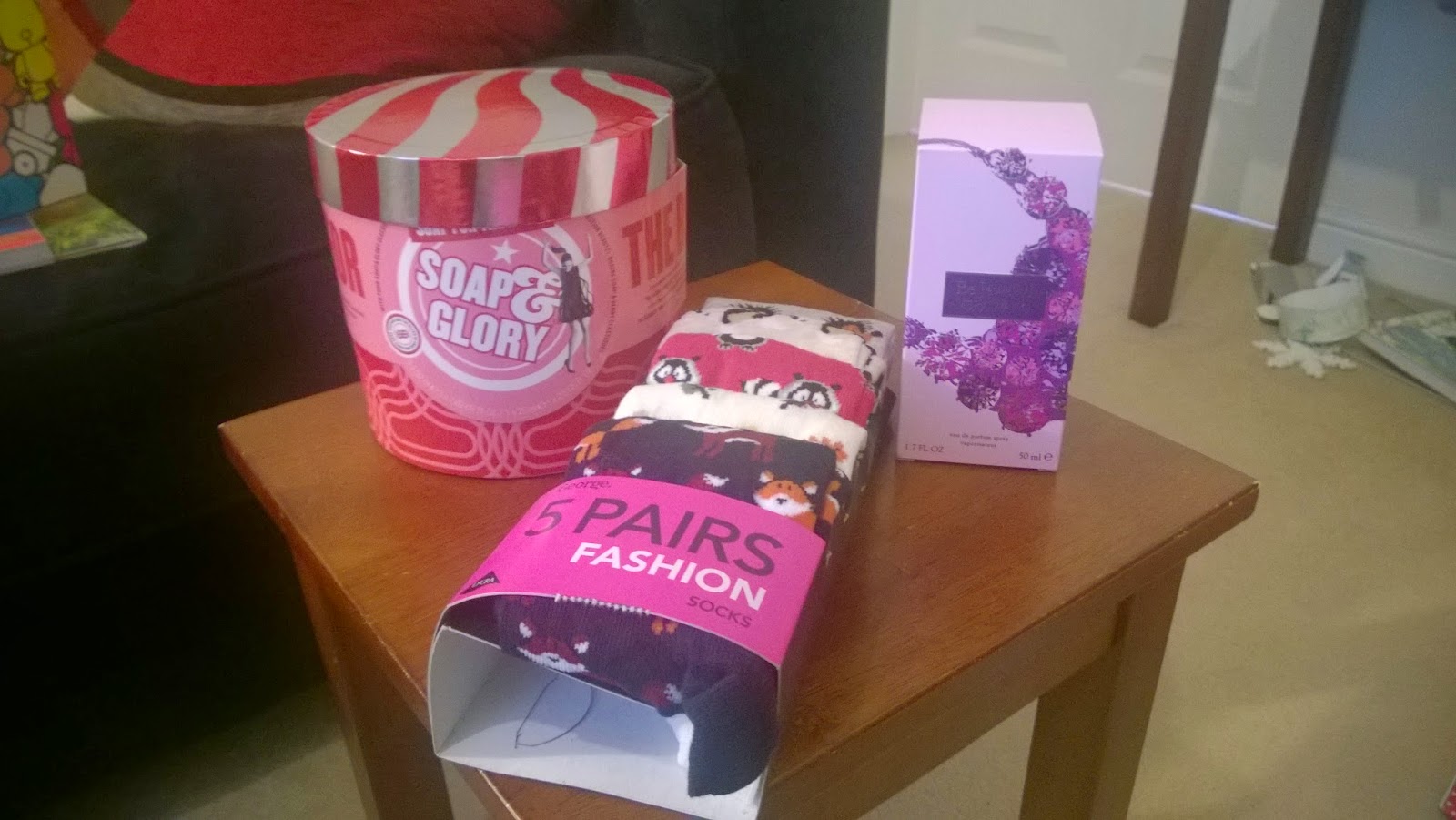 From my Boyfriends lovely Mum 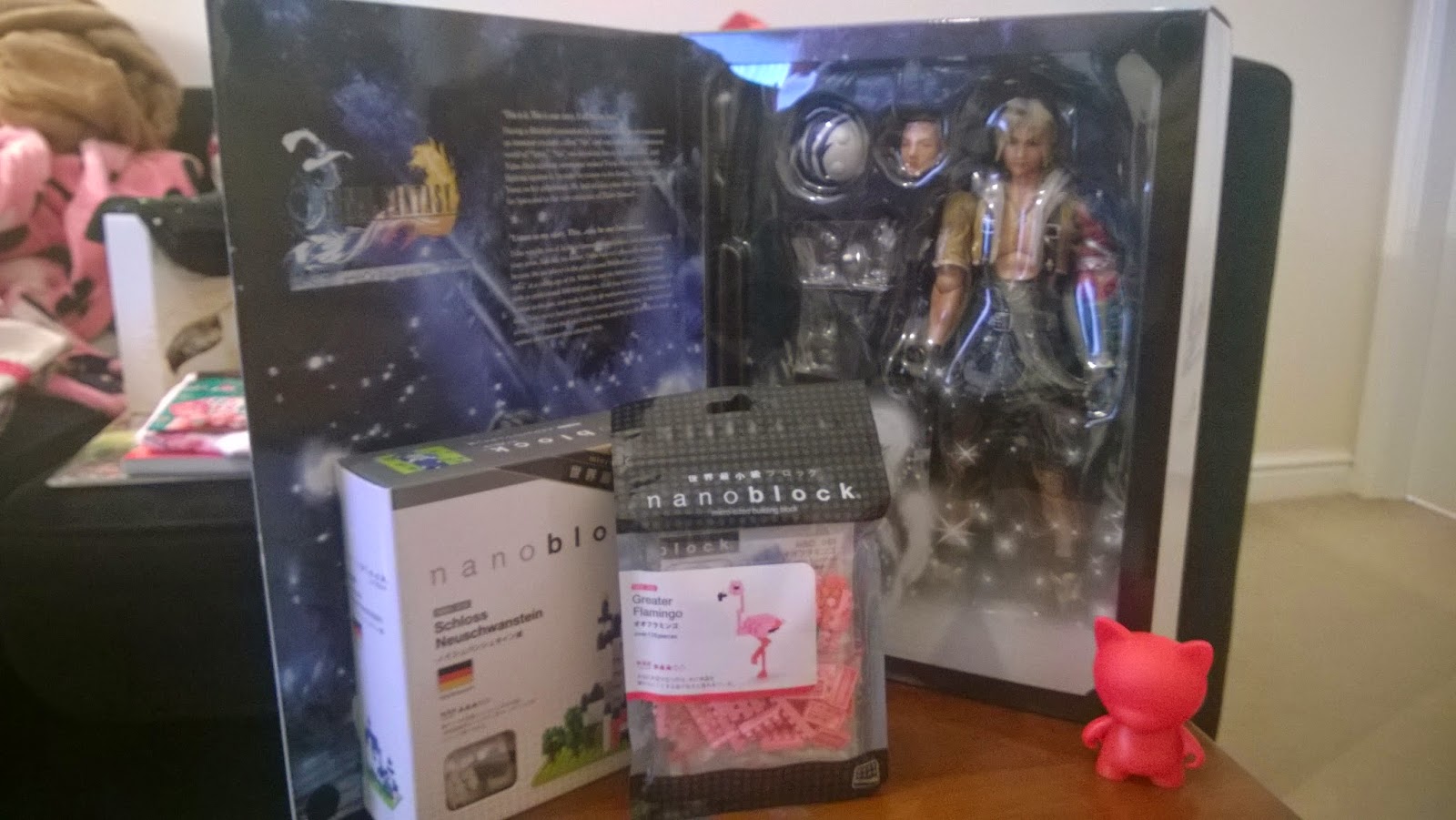 More off my Boyfriend. 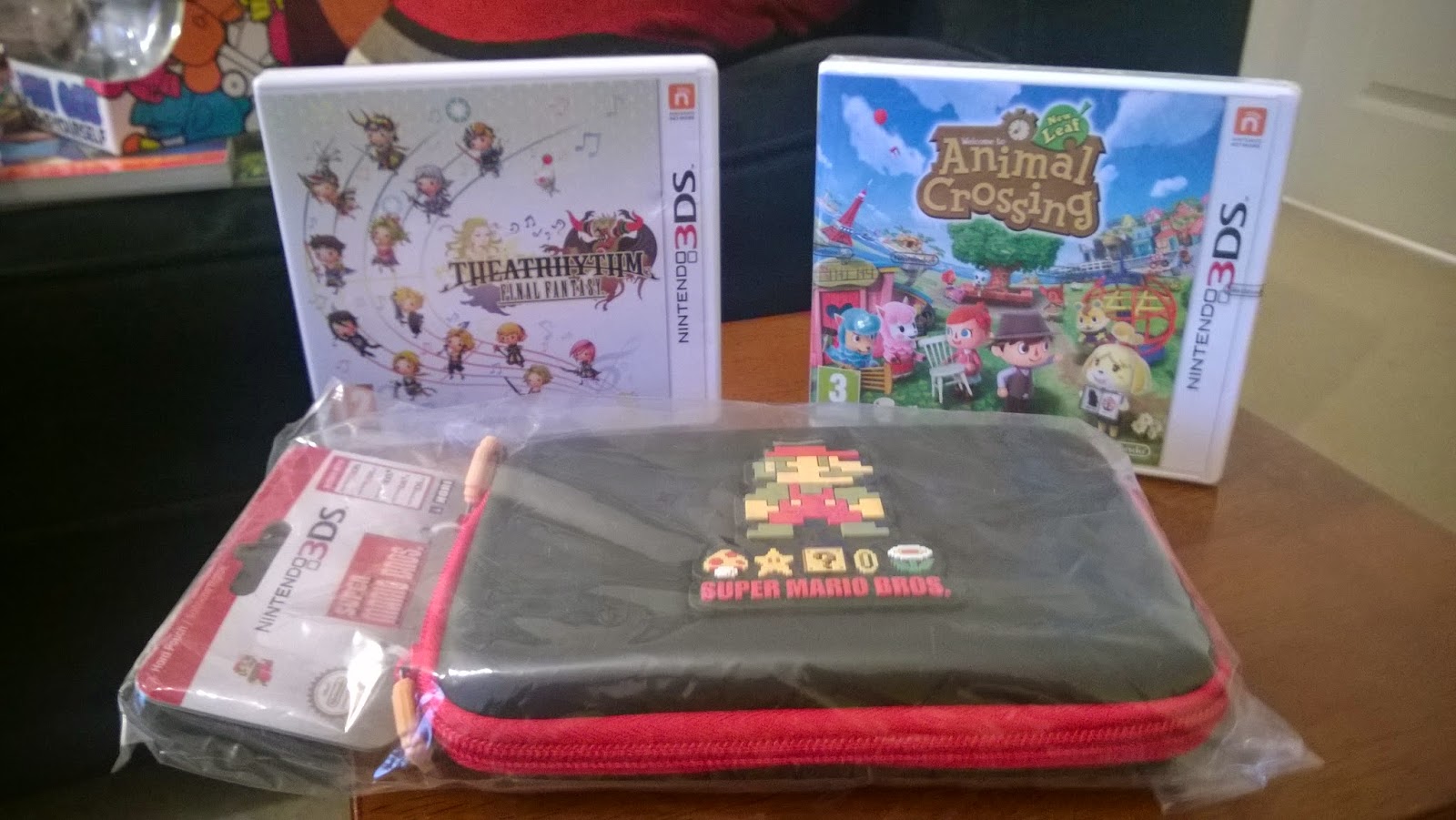 He went a little bit crazy 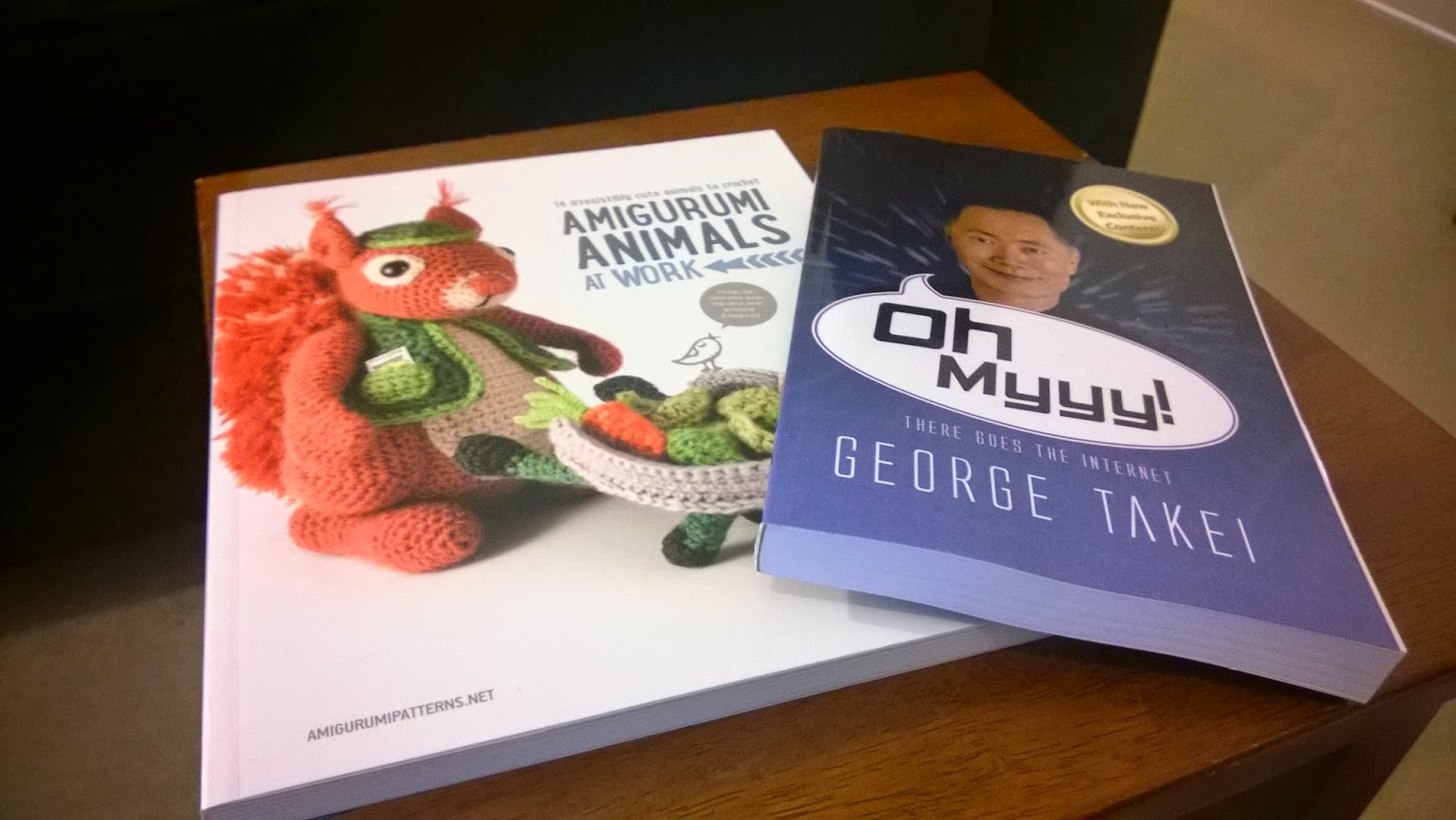 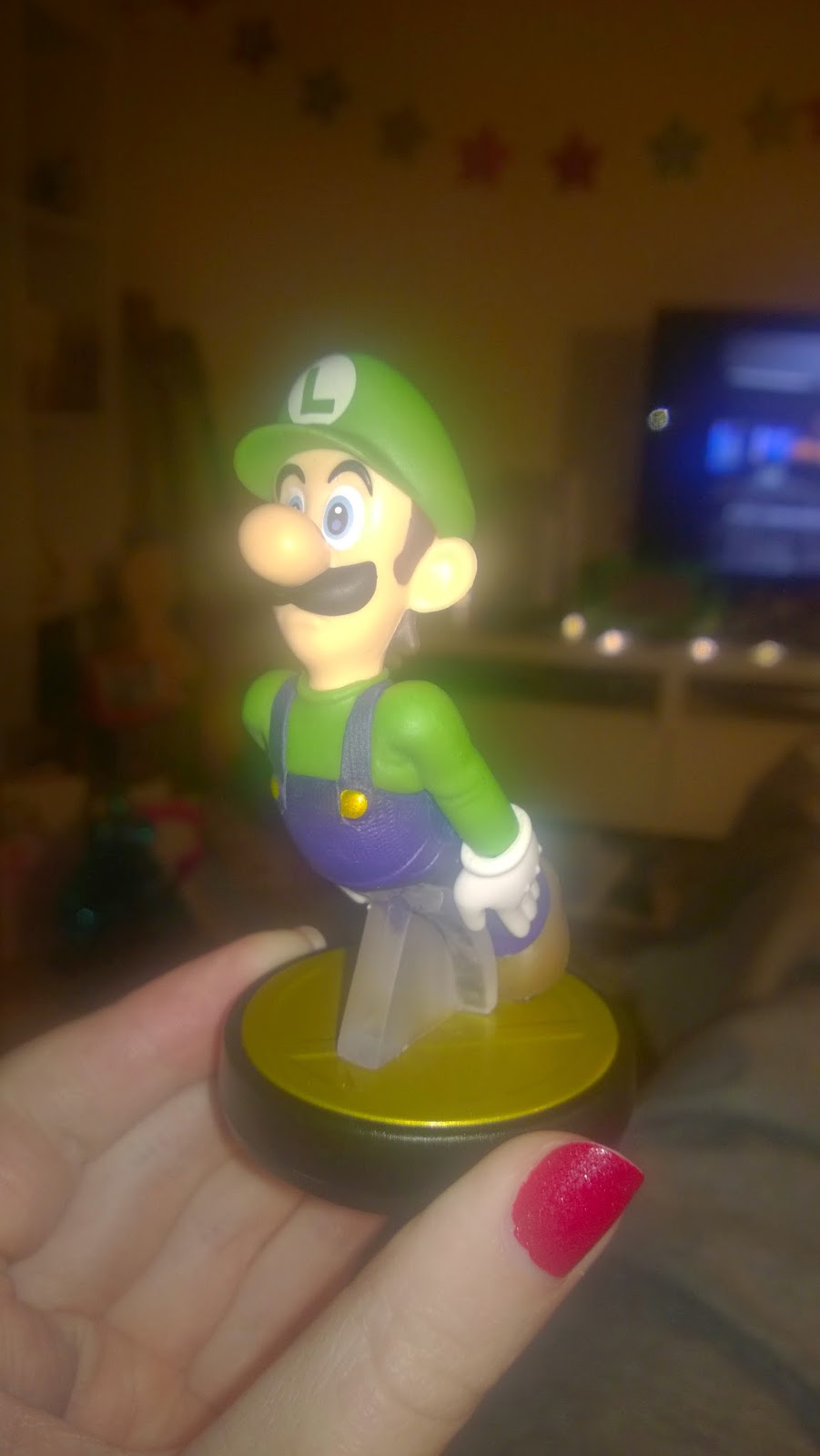 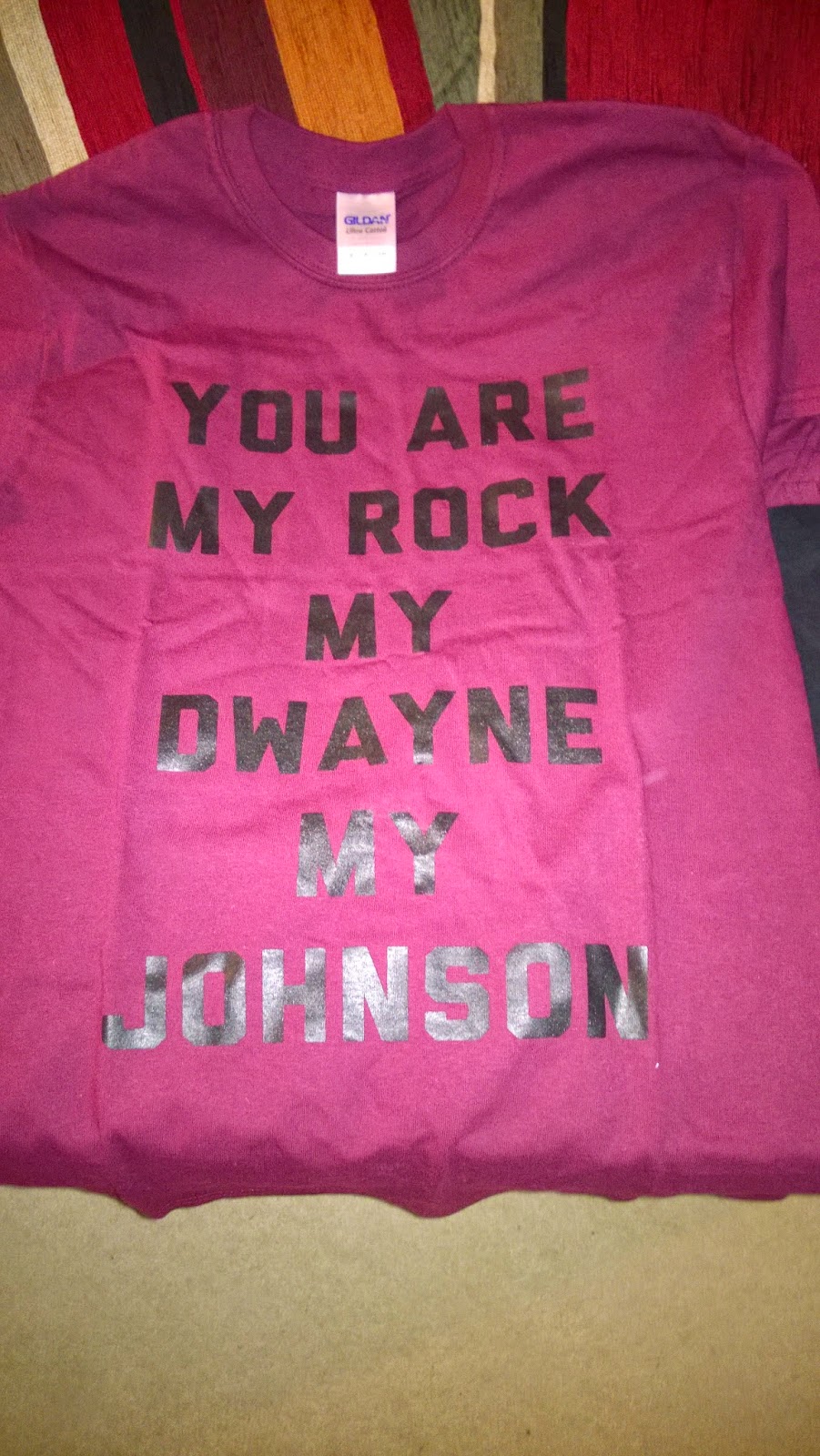 From another one of my dearest friends.  This refers to The Rock who used to be in WWE...I adore him! :-P

I have the best friends, they all know me so well and spoil me rotten at Christmas and my Birthday.  I did tell my boyfriend off though as he bought way too much this year!  I still have a few presents to give out myself as I didn't get to visit everyone.  We spent the day watching Lord Of The Rings: The Two Towers, eating chocolates and making Lego.  I bought my boyfriend a giant Lego Millennium Falcon which took I'm 2 full days to build!

I find Christmas and New Year quite hard since I lost my Mum and Dad.  They were very big Christmas people too and we'd spend the day together having a laugh and eating too much chocolate. The last few Christmases have not really been that great or I can't even remember them because they went in a blur but this year I actually felt OK.  I guess it will never e the same again but at least now I know they will get better and having such wonderful friends around me really does help!

So even though I am SUPER late I do hope you all had a lovely Christmas too :-) 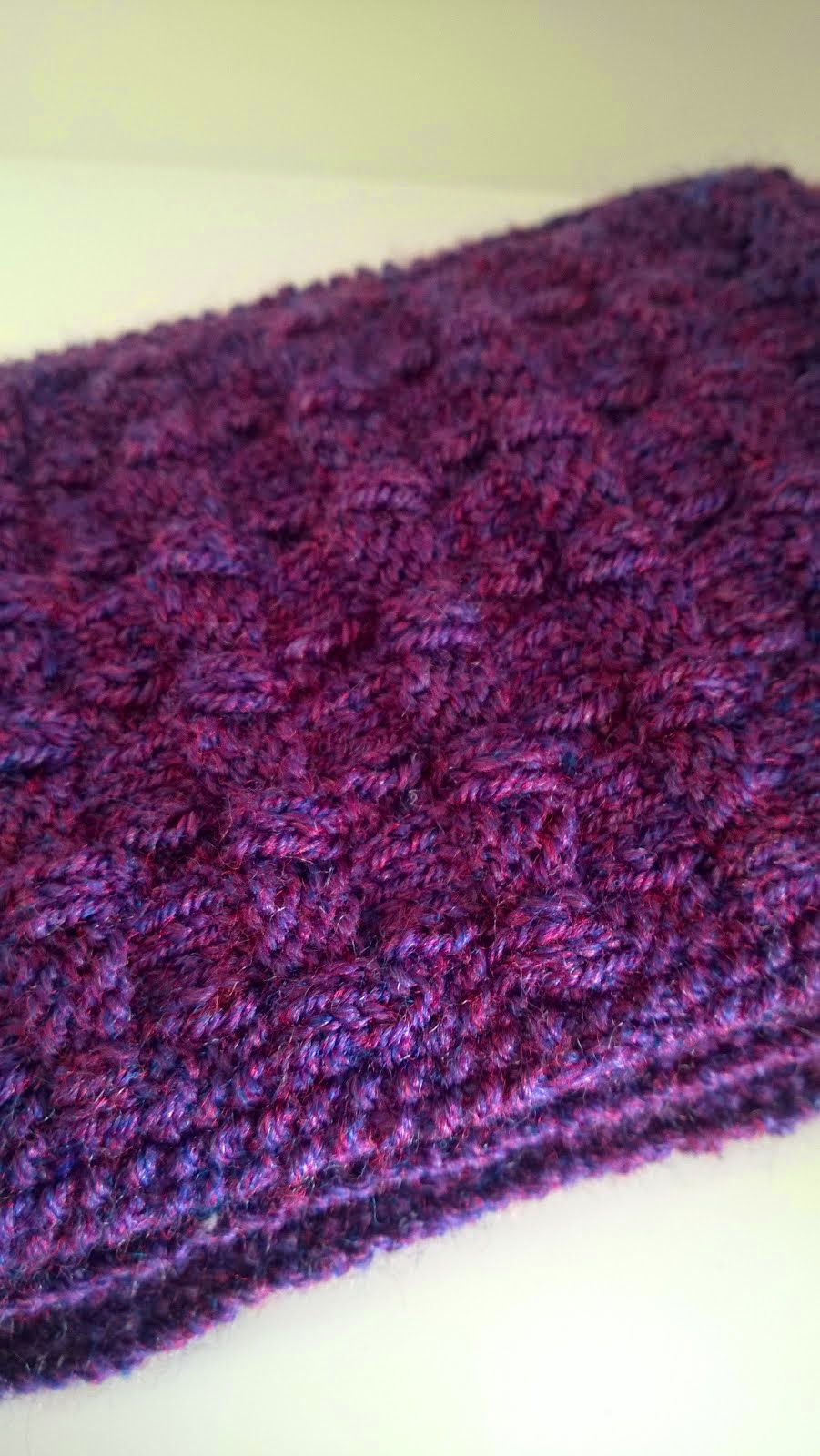